The ninth and tenth eggs in my collection have appeared in a previous entry in this blog–Cute Newt–in which I talk about their intriguing relationship to the American politician Newt Gingrich. 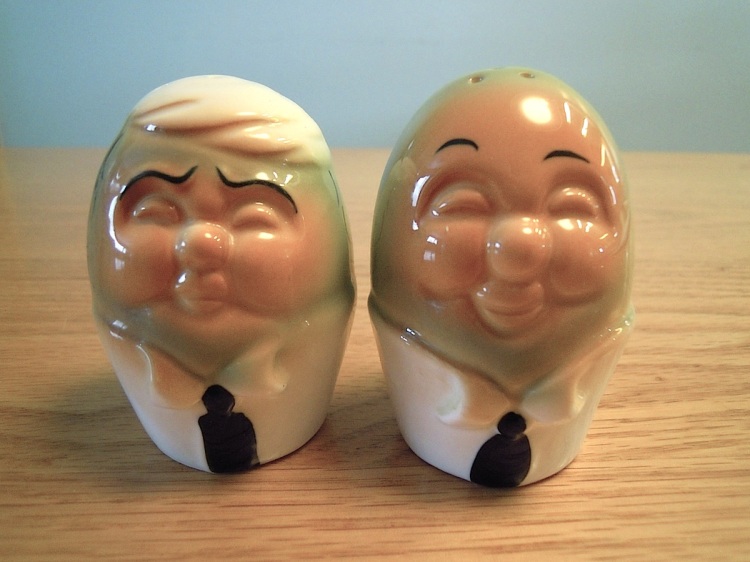 These shakers have moved significantly away from the more-or-less real-life situations of shakers three through eight, as described in my previous three posts: no chicks, no hatching, but human faces and shirts with ties.  they may actually be meant to represent Newt; they may be a doubled-up version of Humpty Dumpty; or they may have something to do with Lewis Carroll’s Tweedledum and Tweedledee, who, at least in John Tenniel’s illustration, are also rather egg-shaped. 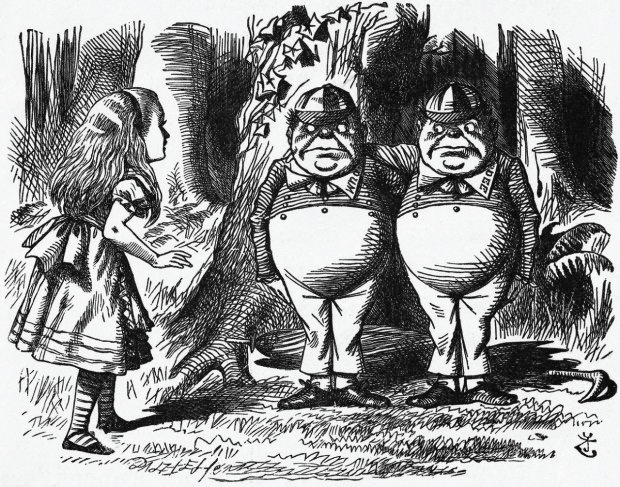 Actually: double egg-shaped, with bodies that are shaped like eggs, and also, faces that look an awful lot like the ones on these shakers.