After generalizing about there being no same-sex pairs in my salt and pepper shaker collection, and then being surprised to find all the many male pairs I’ve been discussing in my posts over the last week or so, I decided it was about time to see what I could find in the way of female pairs.  The results are pretty depressing.

There are the two mixed-race nuns or market-going peasant ladies of an earlier post: 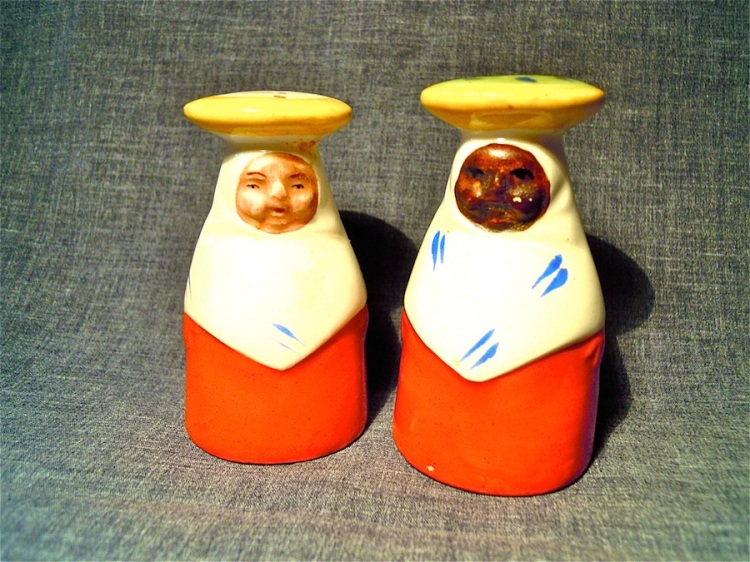 There are the feminized buttocks of another earlier post, happily eyeing each other across the gulf that divides them:

And after that?  Well, I could find just one more set of two females–this one: 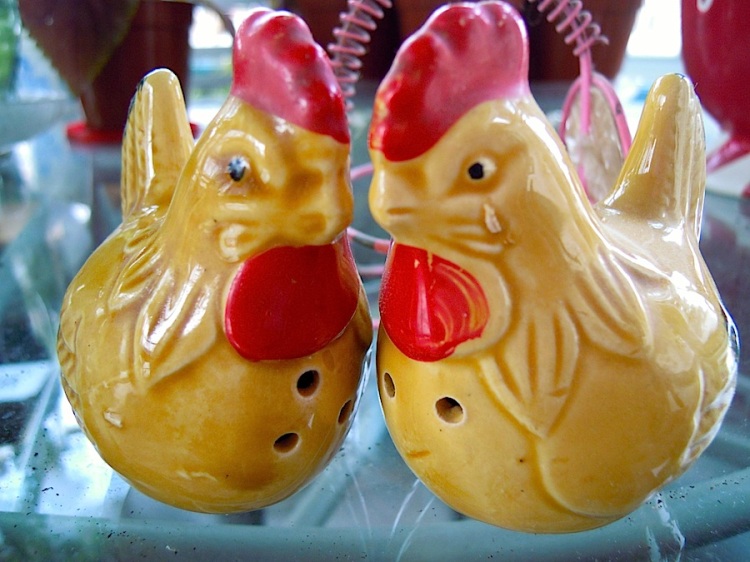 So that means that after those nuns (or peasants), there are no other pairs of female humans in my collection.  Nor for that matter, no other female pairs but buttocks and chickens.  Oh, and I almost forgot:  these breasts:

So pairs of body parts and birds, but hardly any pairs of female humans.  An intriguing absence.

As for those chicks: they roost together in a wire nest. 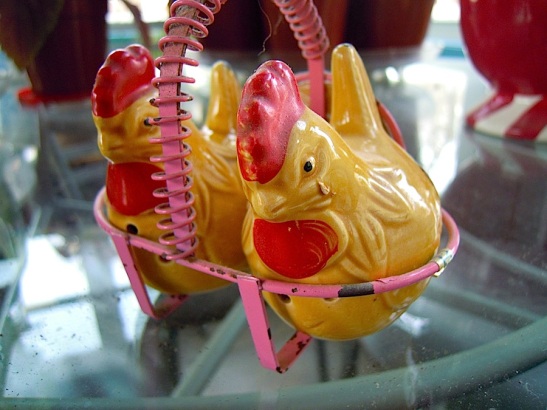 The nest contains a cardboard insert, covered in plastic wrap, that identifies them as a souvenir of a particular place: 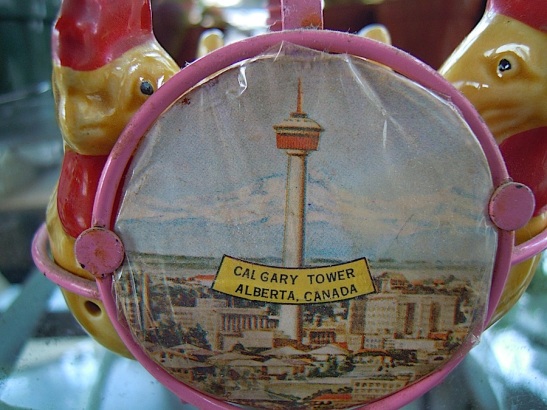 This is the Calgary Tower, which was, according to its website, “built to honour Canada’s centennial and . . . intended to promote the downtown core as a part of a Calgary urban renewal program.”  An apparently successful program: the Tower now stands  amongst much taller buildings than those depicted in the image on the chicken basket: 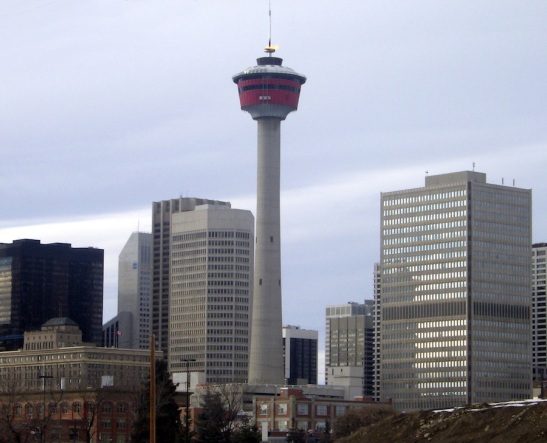 But what does this structure in the heart of a large city have to do with poultry?  What do chicks in a basket have to do with urban renewal?  Excellent questions, for which I have no answer.  As often appears to be the case, the salt-and-pepper souvenirs once (and maybe still) available to memorialize visits to particular places represent objects that have nothing whatsoever to do with that place.

One thought on “A Coupla Chicks Sitting Around”